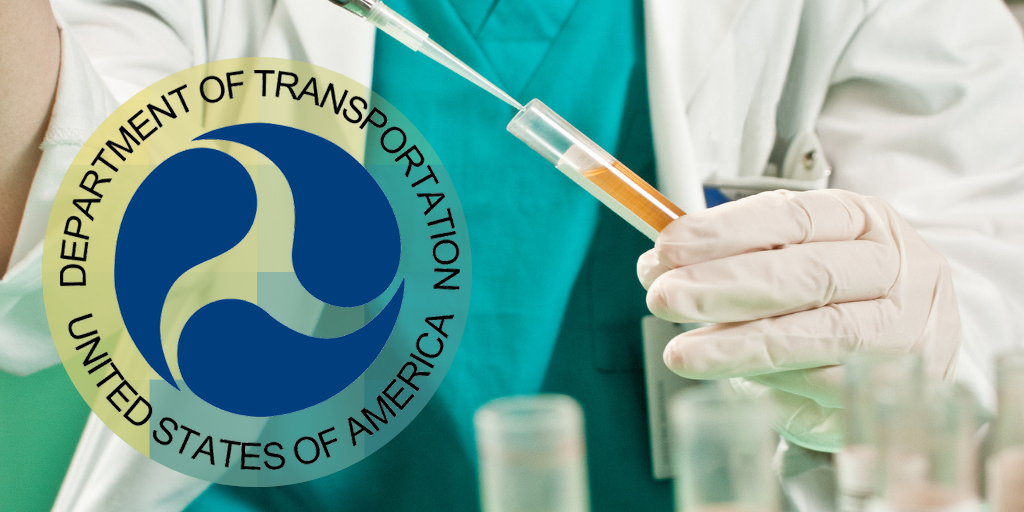 The Federal Drug Testing Custody and Control Form (CCF) is a document showing the steps of collecting and analyzing a human specimen test. The steps include seizure, custody, transfer, control, and analysis. It also indicates the disposition of the electronic and physical evidence of the human specimen test. All drug tests must include the CCF to ensure the integrity of the process and the specimen under scrutiny.

The U.S. Department of Transportation (DOT) currently requires urine testing for safety-sensitive transportation industry employees subject to drug testing under Part 40. The DOT made the following changes to its drug testing regulations in order to harmonize with certain parts of the revised Department of Health and Human Services (HHS) Mandatory Guidelines for Federal Workplace Drug Testing Programs using urine:

These changes took effect on January 1, 2018, and were put in place to address the nationwide opioid abuse epidemic. According to the DOT, “Adding the four drugs, which are already tested for in many transportation employers’ non-DOT testing programs because of their widespread use and potentially impairing effect, will allow the DOT to detect a broader range of drugs being used illegally. This will enhance the safety of the transportation industries and the public they serve.”

The Office of Management and Budget (OMB) revised the Federal Drug Testing Custody and Control Form (CCF). While the panels were automatically updated on January 1, 2018, you were not required to start using the new chain of custody forms until July 1, 2018. If old CCFs are used after June 30, 2018 a memorandum must be completed for the records.

This form changes impacts DOT-regulated employers and their service agents. If you are responsible for managing your company’s DOT process, you should be using the new control form and be aware of these changes which went into effect July 1, 2018.

Additionally, some MRO drug test review processes have been modified, including clarification of the definition of “prescription” for proper alignment with the Controlled Substances Act. MROs are now authorized to request additional testing for THC-V to determine if a positive test result is due to the smoking of marijuana. A medical review officer (MRO) is a licensed physician responsible for receiving and reviewing lab results generated from employers’ drug testing programs. An MRO also evaluates medical explanations for certain drug test results.

How Cisive Can Help Keep Your Company Compliant

Cisive and its drug screening partners support DOT-wide regulations that identify how to conduct proper testing and return employees to safety-sensitive duties after a DOT drug and alcohol violation. Employers who must conduct DOT screenings are in certain regulated industries, such as commercial motor carriers, aviation, railroad, public transportation, pipeline, or maritime.

Cisive’s Compliance Team continually tracks and monitors both proposed and enacted changes in Federal and State legislation through our involvement in industry trade groups, including the National Association of Professional Background Screeners (NAPBS). Cisive is one of a select group of background screening companies that has received NAPBS accreditation, adhering to detailed and specific requirements governing business processes and controls both general in nature and specific to the background screening industry.