As the 116th Congress gets underway, members of Congress are introducing new proposed legislation. Many proposals, of course, never become law.  That said, it is important to keep an eye on congressional developments.  This blog post focuses on draft legislation to amend the Fair Credit Reporting Act (FCRA) being circulated by Congresswoman Maxine Waters (D-CA), the new Chairwoman of the House Financial Services Committee.  While the bill hasn’t been formally introduced in the new Congress, it was the subject of a hearing by the House Financial Services Committee on February 26th.  If enacted, the Waters bill would have a significant impact on the information available to employers from consumer reporting agencies for background screening purposes.

Impact of the Hearing

The hearing was titled “Who’s Keeping Score? Holding Credit Bureaus Accountable and Repairing a Broken System.”  Most of the hearing focused on testimony from the CEOs of the three nationwide credit reporting systems—Equifax, Experian and TransUnion—and much of what was discussed won’t impact the typical employer conducting background checks on its employees and applicants.

The hearing, however, was noteworthy from an employer perspective for two reasons.  First, while the devil is in the details, members of Congress from both sides of the aisle expressed support for changes to the FCRA.  Second, one of the topics for discussion at the hearing was Chairwoman Waters’ draft legislation which includes amendments directly affecting employers.  As noted above, the discussion draft has not yet been formally introduced in the new Congress.  Chairwoman Waters, however, introduced a similar bill (HR 3755) in the last Congress.

Like the hearing, Chairwoman Waters draft bill includes many proposed changes to the FCRA that won’t affect the typical employer conducting background checks.  At least two of the proposed changes, however, could have a significant impact on many employers.

Proposed Changes that Would Impact Employers

First, Title II of the bill would restrict the use of credit information for employment purposes nationwide.  Section 201 of the bill would prohibit consumer reporting agencies from furnishing consumer reports for employment purposes that include any information bearing on credit worthiness, credit standing, or credit capacity.   The only exceptions would be (1) if the report is required by Federal, state, or local law; or 2) the information in the report is to be used in connection with certain national security investigations.

Those limited exceptions only would apply if none of the cost of the report is passed on to the consumer, sharing of the report is limited, certain additional disclosures are made to the consumer (including the reason the report is being obtained and a citation to the law that requires it to be conducted), and certain additional adverse action requirements are adhered to by the person (employer) obtaining the report.  The bill would also prohibit employers from “circumventing” the new restrictions by “directly or indirectly, either orally or in writing, require, request, suggest, or cause any employee or prospective employee to submit such information to the person as a condition of employment.”

The reporting limitations would not be limited to credit information.  The bill would again limit the reporting of criminal conviction information to seven years, reversing an FCRA amendment in the late 1990s that currently permits the reporting of conviction information without restriction (unless a grandfathered state law restriction applies).  The new reporting restrictions would apply across the board because the bill also would eliminate the exception that waives the obsolescence rules in the employment context for positions with salaries reasonably expected to be $75,000 or more.

Chairwoman Waters’ proposals have a long way to go before becoming law, but her bill is worth watching. 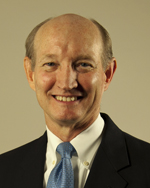