Why FCRA Standards and Processes Matter for Employers 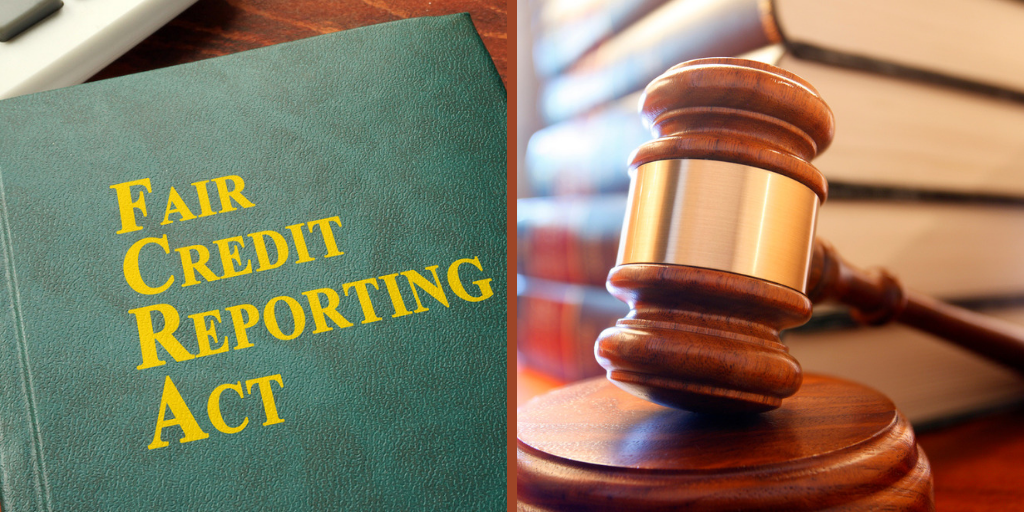 The Fair Credit Reporting Act (FCRA) is federal legislation in the United States that is intended to promote accuracy, fairness and privacy for data used by consumer reporting agencies. Recent amendments to the FCRA have significantly increased the rights of applicants and employees. Therefore, employers must ensure compliance with the detailed requirements of the FCRA. Adverse action violations seem to be the most prevalent.

Increased complexity of the recent amendments is what makes compliance difficult for employers. Most recently, for example, a new model “A Summary of Your Rights Under the Fair Credit Reporting Act” disclosure form document was released on September 12, 2018, by the Consumer Financial Protection Bureau (CFPB). Employers and background check companies should have begun using the new form by September 21, 2018. The federal agency responsible for oversight and drafting the model forms required under the FCRA issued the revised form in an interim final rule on September 12, 2018.

The new law requires credit reporting bureaus, under certain circumstances, to provide consumers fraud alerts and unlimited, free national security freezes and freeze releases. These are intended to make it harder for identity thieves to open accounts in a consumer’s name. The law mandates that whenever an employer or background check company is required to provide a copy of the “A Summary of Your Rights Under the Fair Credit Reporting Act” or the “Summary of Consumer Identity Theft Rights” disclosure form, they also must provide a notice regarding these new security freeze rights.

Over the past decade, civil litigation under the FCRA has surged, and class actions brought under the FCRA are increasing in frequency. The FCRA is a complex, highly technical statute that allows recovery of statutory damages, actual damages, punitive damages, and attorney’s fees and has resulted in significant jury verdicts. For these reasons, the FCRA has become a favorite vehicle for class actions and often threatens outsized liability even when a plaintiff’s chance of success on the merits is slim. The class certification battle is therefore the decisive point of the litigation in many cases. Two of the largest are class actions filed against McDonald’s and PepsiCo.

In the recent class action suit against McDonalds in Florida, a job seeker says that fast food giant McDonald’s violates federal law when it conducts background checks on applicants.

According to plaintiff Danny O’Neill, he and other job seekers were subject to a background check when they applied with McDonald’s. However, the McDonald’s background check class action lawsuit claims that the fast food company failed to obtain proper authorization in violation of the federal FCRA.

Further, alleges the plaintiff in the McDonald’s background check class action lawsuit, he and other job applicants were not properly notified of the consumer report that the company pulled as part of the application process. O’Neill says that when he applied with McDonald’s in March 2018, the company pulled a background check on him that contained personal, private, and sensitive information about him. According to the lawsuit, O’Neill was unaware that the report would be pulled because the disclosure in the hiring paperwork contained other distracting information.

A recent class action suit against PepsiCo for $1.2 million where the lawsuit claimed the company violated the FCRA by procuring background reports for employment purposes without making certain required disclosures is another example of why compliance is so important. A former Pepsi Bottling Co. employee filed the Pepsi background check class action lawsuit in June 2017, claiming the company failed to make necessary disclosures prior to obtaining background checks for employment purposes.

In July of 2018, a subsidiary of PepsiCo agreed to pay the $1.2 million to settle the class action lawsuit that claimed the company violated the FCRA.

The FCRA requires that employers disclose to applicants that a background report may be obtained for employment purposes, and obtain signed authorization from applicants before procuring a background report.  Further, the FCRA requires that before an employer makes an adverse decision in whole or in part based on the contents of a consumer report that the applicant be given notice of potential adverse action, be provided with a copy of the report and a copy of the prescribed Summary of Rights. Special attention should be given to the words “before” and “in whole or in part.”  Those words have been the subject of much discussion and litigation.  If a company makes a decision not to hire, promote or retain, and then sends out all required documents with a “pre-adverse” notification, it has not adhered to the law. If a company receives a potentially disqualifying consumer report, but then tries to sidestep the pre-adverse notification saying that they “found a better candidate,” it is in violation of the FCRA.

In order to be one-hundred percent confident in your standards and processes around the FCRA, selecting the right background check provider and partner is paramount. Because the responsibility of communication and disclosure lies on the employer, this partner selection is critical for companies of all sizes. The provider you select should be experienced and well-versed in the latest legislation related to the FCRA, as well as act as an advisor for you and your company with regards to what your responsibilities are. Partners like Cisive will even conduct training for key staff members to ensure your standards and processes are compliant.